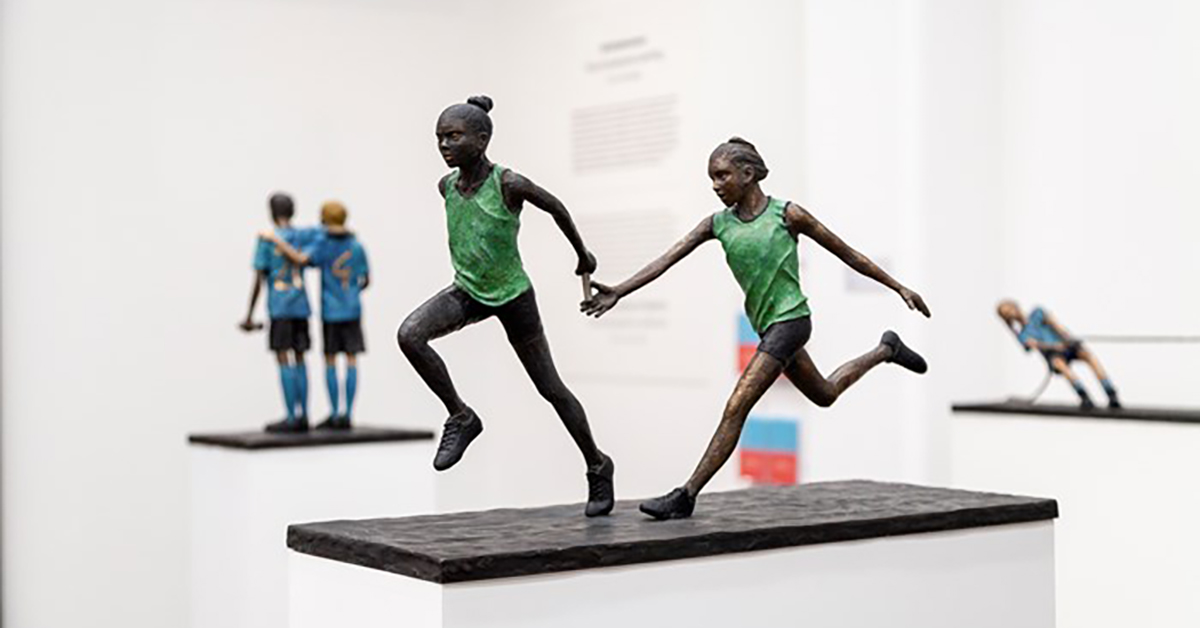 Tore A Jonasson had no problem reconciling his interests in sports and art. He was an avid athlete and art collector, and one testimony to his strong commitment to both fields is his foundation, which has given rise to Konsthall 16 and this exhibition.

When art and sports meet on the same playing field

Although the artists, musicians, philosophers and poets of antiquity often touched on various athletic aspects in their work, sports and art have historically been practised in separate arenas. When the Olympic Games were revived in Athens in 1896, however, the idea was raised of introducing prizes for the arts. But it was not until 1912 that medals for achievements in painting, sculpture, architecture, literature and music were introduced for the first time – at the Olympic Games in Stockholm. For a variety of reasons, the initiative was not well received either by the Swedish artist organisations or the sports community, but the so-called Art Competitions continued until 1948, and Sweden won two gold medals in the 30 years they existed. David Wallin for his painting On the Shores of Arild in Los Angeles in 1932, and Gustaf Nordahl for his bronze sculpture Tribute to Ling in London in 1948.

Today, sports and art have certain common denominators, revealing two worlds joined by shared issues that reflect the times we are living in. Social and political issues of gender and equality, identity and self-image, and the striving to overcome challenges and resistance are but a few examples. Basic themes, such as the body, movement or time are a few more. Like art, sports is a social phenomenon that influences society on many levels; from the individual and the collective, to the economy and politics.

The visual side of athletic activities, with their colours and codes, have long influenced designers, but artists have also taken an interest in different ways in the aesthetics, styles and psychology of sports. An example of the latter is Douglas Gordon and Philippe Parreno, and their film Zidane, a 21st Century Portrait (2016), a 95-minute, complex portrait of the legendary footballer Zinédine Zidane, which draws upon such disparate influences as classical portraits by Velázquez and Goya to Andy Warhol’s realtime film portraits. The film is as long as the match between Real Madrid and Villareal when the portrait was captured in Madrid in 2005. In the same way that art can include sports refe3rences, sports can incorporate artistic expression, sometimes to the extent that it is hard to distinguish one from the other, as in the case of dance, dressage or synchronised swimming. The interrelationship between sports and art, and the question of whether sports can be regarded as art, have long been discussed by sports philosophers in specialist magazines.

Tore A Jonasson had no problem reconciling his interests in sports and art. He was an avid athlete and art collector, and one testimony to his strong commitment to both fields is his foundation, which has given rise to Konsthall 16 and this exhibition. The title of the exhibition, Reminiscences of Sports, comes from one of the works featured in it, and sums up the focus of Tore A Jonasson’s life but also serves as a collective heading for the works in his collection. All of them relate directly or indirectly to sports, in tangible or more subtle terms. Ernst Billgren’s eponymously titled work shows a river of sports paraphernalia flowing past Stockholm Stadium, the world’s oldest Olympic arena that is still in use, built originally for the Olympic Games in 1912. Lena Cronqvist’s characteristic girls are busy with double skipping ropes, or “Double Dutch”, the official name of the international competition, which requires teamwork but can also cause quarrels. Two works by Maria Friberg: a three-metre tall photograph shows a man’s futile attempts to climb a pillar of sports goods, fettered by consumerism rather than being mobile. In the Film Commoncause, 300 velvet-covered basket balls roll down the stairs of the Nationalmuseum like an anonymous descending crowd. Charlotte Gyllenhammar’s work with the ambiguous title Unstable is a still from a film with the same title from the Royal Stables, conveying a sense of both control and instability. Based on his own interest in sports, Claes Jurander tells in a painting and a film of a magical football game he remembers from his youth, a match that had to stop due to heavy snowfall that made it impossible to continue playing, despite the heroic feats of the angelic players. A few key words in sports are illustrated in Assa Kauppi’s expressive sculptures of children: Camaraderie, Struggle and Teamwork. Football features in several works; at the time of the exhibition opening, a floss carpet by Jockum Nordström is being woven by Märta Måås-Fjetterströms ateljé in Båstad, with an abstract representation of childhood memories of ball games of all kinds. Football is also central to Dan Wolgers’ work, an assemblage with the telling and ambiguous title Ecstasy. Boxing is another sport that is not an entirely unusual subject in art, literature and film, but Thomas Wågström’s photographs from rugged gyms reveals a different side than the usual rendering of the boxer as a fighter. Instead, these are subtle and existential portraits of old and young practitioners of the noble art of self-defence. Altogether, the artists featured in this exhibition express personal reflections with links to sports and movement.

This first exhibition at Konsthall 16, highlighting the parallel interests of Tore A Jonasson, will hopefully contribute to creating new links between separate networks that could enrich one another. In memory of Tore, we hope that you will enjoy the exhibition Reminiscences of Sports. 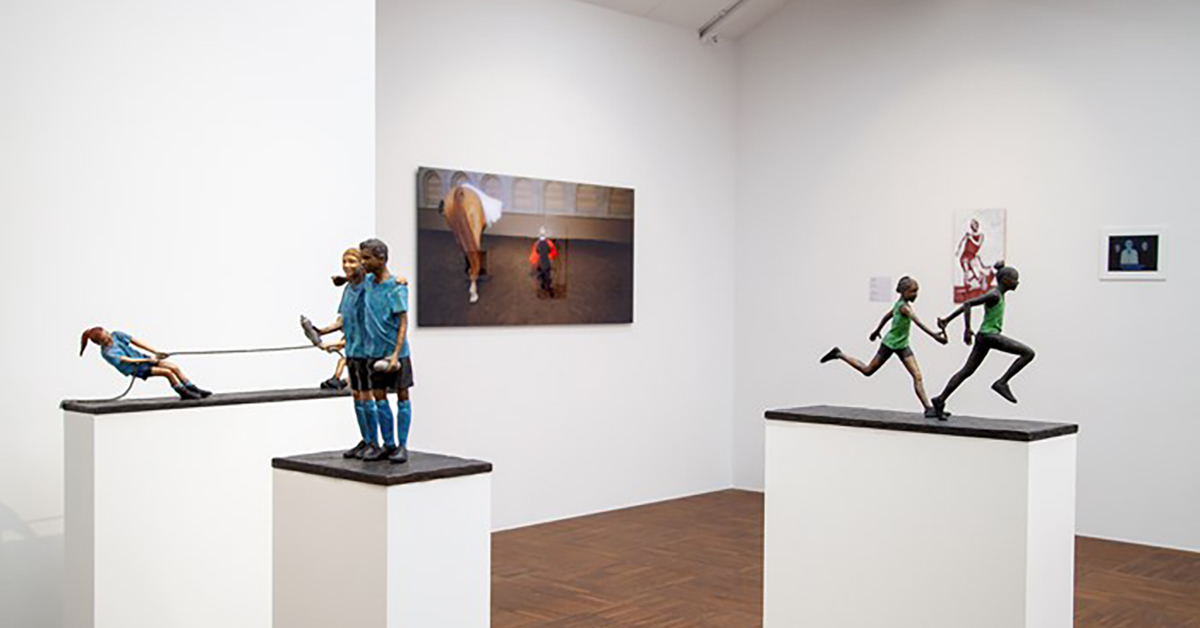 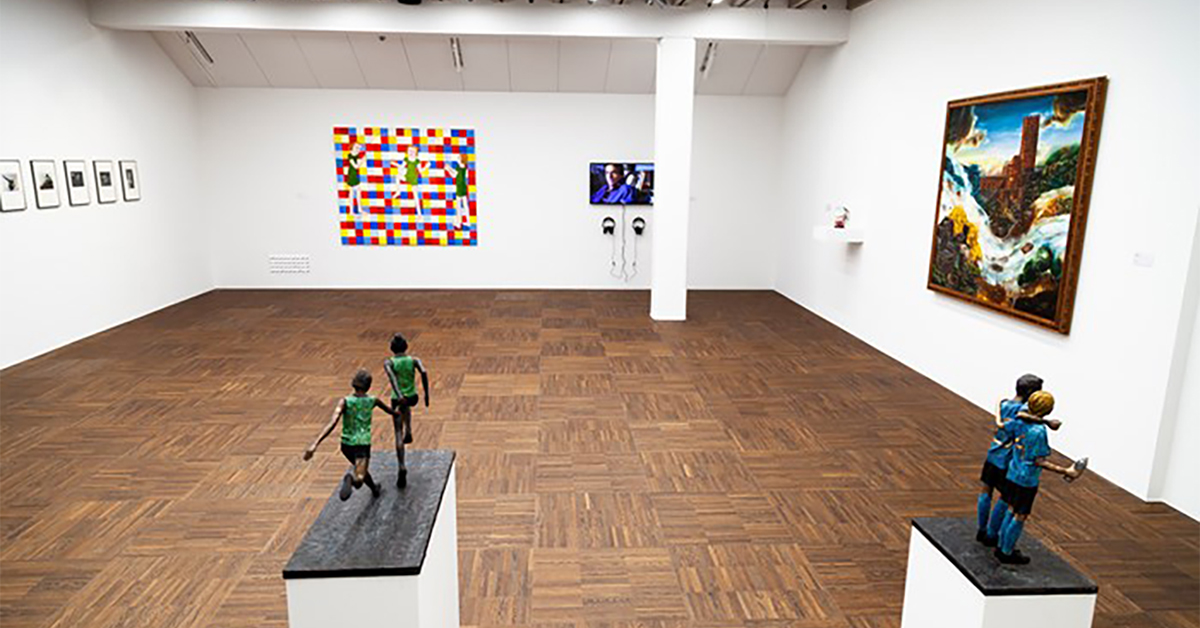 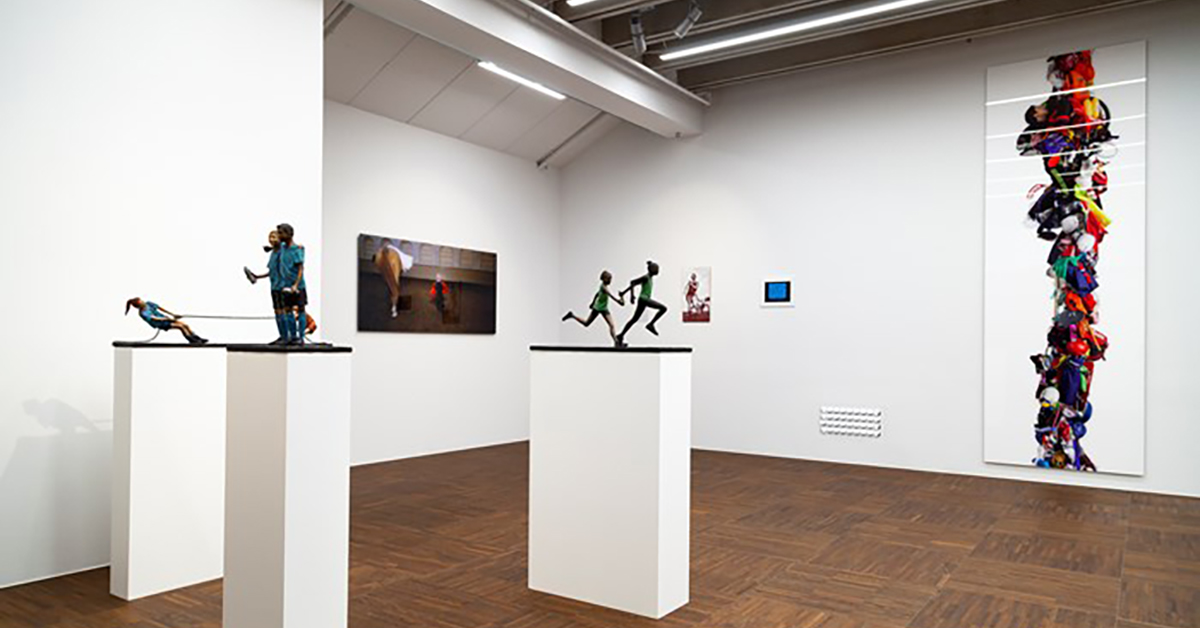 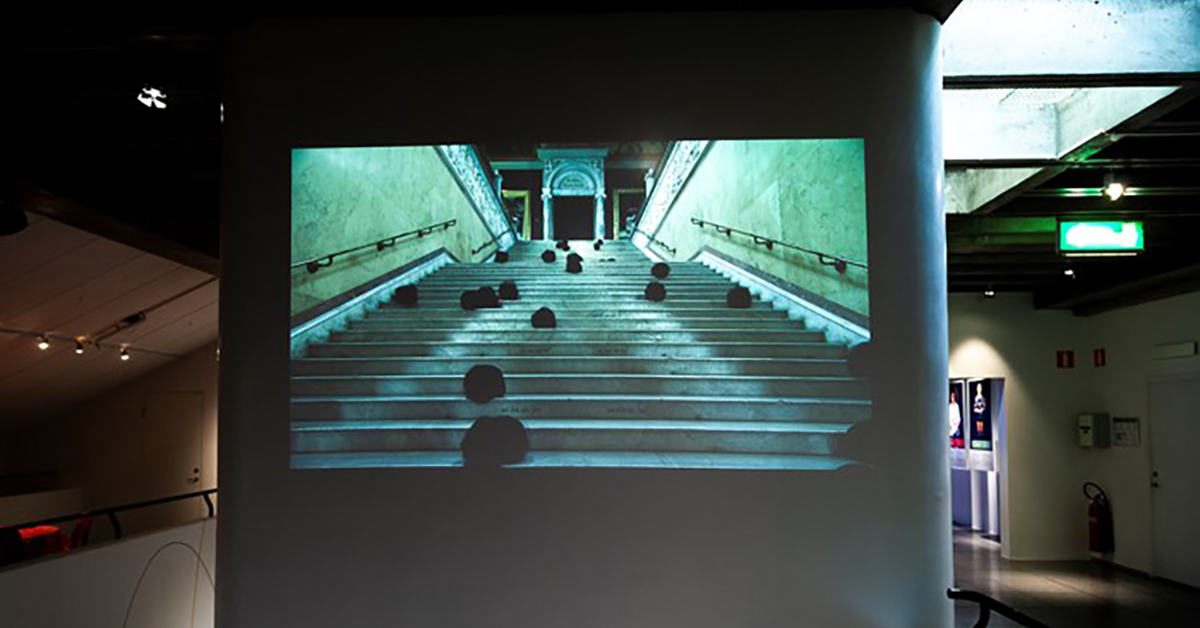